The first museum in the world dedicated to the history and culture of Mountain Jews will soon open in Krasnaya Sloboda (Quba District, Republic of Azerbaijan). The visionaries and sponsors of the project are Moscow businessmen God Nisanov and Zarakh Iliev and the STMEGI charitable foundation. The businessmen themselves are immigrants from Azerbaijan and natives of Krasnaya Sloboda, where members of the Mountain Jewish community have lived since ancient times.

Jerusalem of the Caucasus

The traditions of the Mountain Jews date back many centuries. Up to 1926, the settlement was even called Jewish Sloboda, but over time, the people inhabiting this area assimilated quite a bit. The Mountain Jews live like typical Caucasian people but differ from them in their religious rites and traditional crafts, particularly their beautifully weaved carpets. Some historians argue that Mountain Jews were the ones who taught Azerbaijanis the art of weaving in ancient times, which they themselves had adopted from Persians. 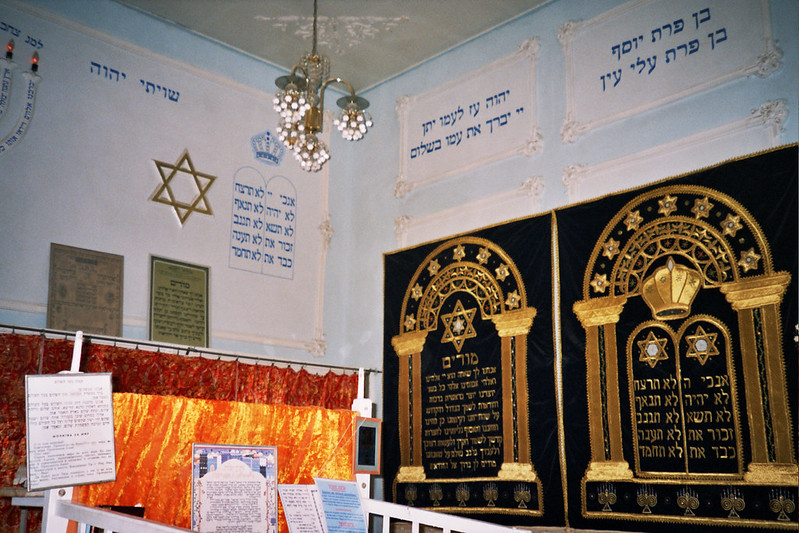 The museum, initiated by Nisanov and Iliev (whose Kievskaya Ploschad group of companies is one of the largest real-estate developers in Russia), will preserve for future generations the traditions and unique language still spoken there. The inhabitants of Krasnaya Sloboda, despite being fluent in both Azerbaijani and Russian, talk to each other in Juhuri. Juhuri is very closely related to Farsi and has borrowed certain features from Semitic and Turkic languages. The descendants of the powerful Persian Jews who were conquered by the Assyrians in the seventh century BCE had spoken this language before settling in highland villages in the Caucasus Mountains. Fatali Khan, the ruler of the Quba Khanate, allowed Jews to live in the area located 168 kilometers from Baku on the banks of the Qudiyalçay River.

Before the collapse of the Soviet Union, the “Jerusalem of the Caucasus,” as the village was sometimes called, had a population of 15,000 people. However, in the beginning of the chaotic 1990s, most of the Mountain Jews were forced to leave their place of birth and move to Russia, Israel, Canada, and elsewhere. Krasnaya Sloboda now has 3,500 residents at most, and many are simply registered there in the village while they live in other cities and return in the summer or for important religious holidays.

Everyone from Krasnaya Sloboda, even those who have permanently moved to other countries, deeply respects their religion, traditions, and culture and tries to contribute to the preservation of their place of birth. Nisanov has restored and modernized the Gubinsky cannery. It now employs more than 200 residents of the Mountain Jewish community. Together with his colleague and long-time friend Zarakh Iliev, the businessman not only financially supports his fellow countrymen who remained in Azerbaijan, but he has also restored a synagogue destroyed during the Soviet era and opened a Talmud college as well as a center for studying Torah. There will now be a museum dedicated to the history of this unique people. 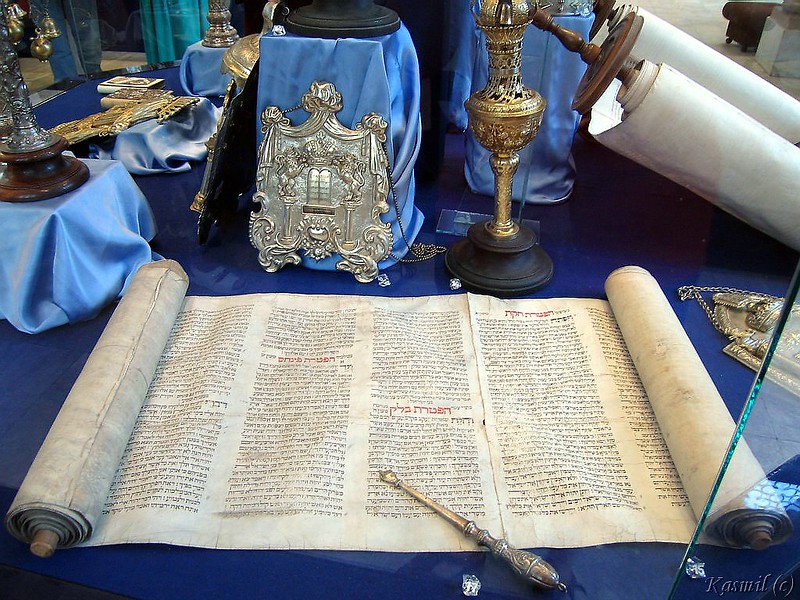 The sponsors chose an old synagogue for the location, called Karhogskaya, which had been shut down in the Soviet era. This rather tall building was restored according to the original blueprints and using the same materials with which it was built in the late 19th and early 20th centuries. The building’s original arched windows and dome were also restored, but two new floors were added inside the building to house the numerous exhibits. On the ground floor of the former synagogue, there is a conference hall, a library, and exhibits from the museum’s storerooms.

Now, with the support of the STMEGI Foundation (the largest organization uniting Mountain Jews), exhibits for the museum are being collected not only throughout the Caucasus, but also around the world. People have donated clothes, jewelry, ritual and religious items, manuscripts, books, and antiques.

One of the crown jewels of the museum exhibit will be a 19th-century tallit with red tassels. This modification of the prayer vestments made it possible to use them, for example, as a wedding canopy (chuppah). Horse-drawn carriages from the 19th century will also be on display in addition to utensils, household items, national clothes, unique documents, ketubah ritual marriage contracts and other artifacts showing how Mountain Jews lived.

Pride in Their Roots

Much attention is being focused on dictionaries and books in Juhuri. It is believed that the museum will house the world’s largest library of publications in this ancient language. Nisanov and Iliev are certain that this will help ensure that the language, spoken by no more than 100,000 people around the world, will not become extinct, and that it will encourage linguists to continue researching it.

The organizers of the museum are incredibly proud of another exhibit—the so-called “slashed book,” which is a copy of the Torah with a curious story. According to legend, this sacred text saved the lives of the residents of Jewish Sloboda. The story goes that long ago, a Muslim military leader tried to stab and kill a local rabbi, but his blade got stuck in the Torah instead. This deeply religious military man was horrified by what he had done and in order to avoid the wrath of the Almighty, he then left the Mountain Jews alone and allowed them to live as neighbors with the Muslims. 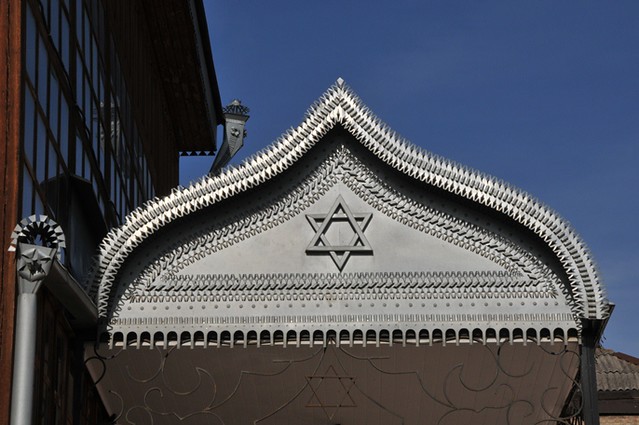 The original Torah carrying the mark of the blade, purchased for a very large amount, is now stored in a private collection, and the museum holds an exact copy. However, at the grand opening of the museum, visitors will be able to see the original. Nisanov and Iliev promise that the ceremony will be held very soon, and the museum’s administration has been preparing guides to greet the throngs of visitors.

Mountain Jews, scattered throughout the world today by the winds of fate, are looking forward to the day when they can come to Krasnaya Sloboda and see the museum’s exclusive exhibits with their own eyes. In turn, local residents and philanthropists believe that the appearance of a one-of-a kind large-scale exhibit in Krasnaya Sloboda will further strengthen their sense of pride in their roots and will forever ensure the connection between the different generations and eras. 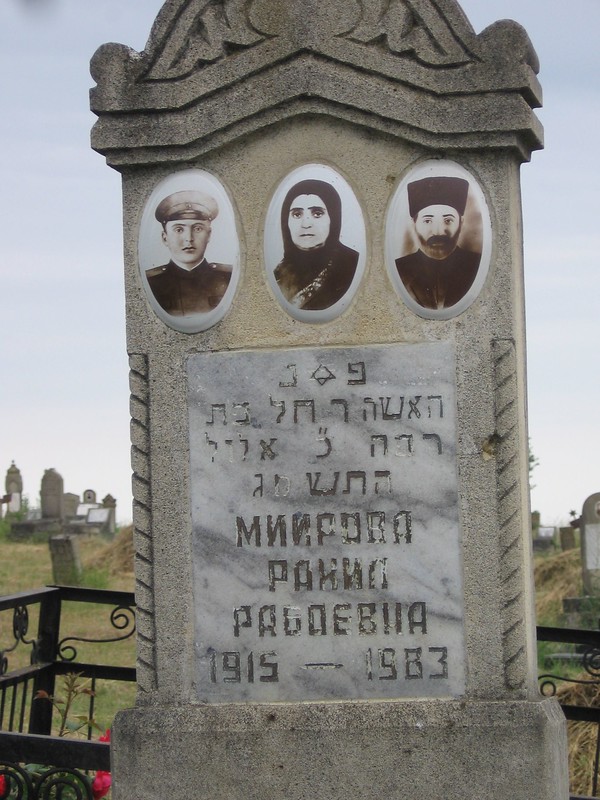