Brutal Global Heatwaves Take a Toll on the Less Fortunate

Recent heatwaves across the US, UK and Europe have created a serious health crisis that is affecting some communities much worse than others. Year after year, heat is the biggest weather-related killer across the globe and unfortunately it is poorer communities that are the most vulnerable to these damaging effects.

In socio-economically vulnerable communities, studies have shown that there will inevitably be more unhoused individuals, more elderly persons, and more low-income families – three of the highest risk groups for heat-related complications. These communities tend to exist in urban areas, which have been shown to have higher average temperatures when compared to more affluent areas in rural settings. There are several reasons for this disparity, the three major ones being the densities of population, infrastructure, and vegetation.

This year, Americans will experience more days of 90+ degrees than ever before. This drastic temperature increase has been coupled with a greater occurrence of dangerous heatwaves, and has wreaked havoc on the most vulnerable communities. Between June and July of 2022, heat waves killed an estimated 800 people in the Pacific Northwest, and this is just a small part of a larger trend over the past ten years.

In that time, climate disasters have killed almost half a million individuals and have affected some 1.7 billion others globally. Each year, it is estimated that an average of 25 million people are displaced by weather-related disasters. A contributing factor to these drastic numbers has been increased urbanization worldwide. With structures largely made of concrete and steel, two materials that both amplify heat, urban areas become heat islands. Most of the time, this disproportionately puts communities of color at risk. 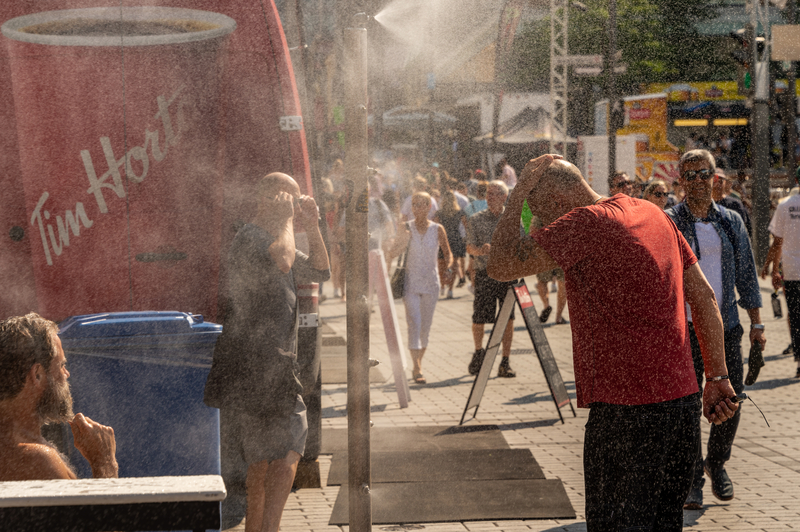 Heatwaves have been dubbed the silent killer, and they can cripple communities in more ways than one if resources aren’t properly allocated to deal with their effects. Plus, they’ve been getting worse over time.

Just this year, the world saw its first named heatwave, “Zoe,” which directly followed another drastic heatwave that stifled Spain and left 510 people dead after six straight days of 110+ Fahrenheit heat. These high temperatures dried out vegetation and turned parts of Europe into a tinderbox with numerous wildfires breaking out in the aftermath. However, Spain isn’t the only nation that struggled with this recent series of heatwaves.

Earlier this summer, the UK declared a level 4 national emergency, which is the most serious distinction in the government’s national alert system. Across the globe, these extreme heatwaves affect the supply chain, put strain on energy infrastructure, and create a serious risk to public health.

Thankfully however, there are organizations working to redistribute resources and help the areas most affected by these heatwaves. The Red Cross offers online information about how to prevent heat exhaustion, EuroHEAT is working to create standard public responses to major climate events, and other great organizations like The Miami Foundation and The Sunrise Movement are working to protect individuals from the effects of major heatwaves.

These organizations are helping to create a more effective information infrastructure, and increase preparedness to fight the climate crisis, which is going to be essential in order to save lives in the future.