September 21st marks the International Day of Peace, also sometimes known as World Peace Day, which is dedicated to celebrating and fostering ideas of peace and nonviolence around the world. The United Nations General Assembly first observed the day in September 1981, coinciding with the opening day of the General Assembly session each year.

By 2001, the United Nation’s first official International Day of Peace took place to promote and maintain peace on a global scale, which included issuing a 24-hour global ceasefire, particularly for all groups in active combat. The UN originally planned the day to take place on September 11, 2001. However, upon the perpetration of the 9/11 terrorist attacks on that day, it was moved to the 21s, highlighting the point that this day was more important than ever.

The United Nations Peace Bell is rung at the UN Headquarters in New York every year to kick off the reflections and conversations involving how to keep peace and nonviolence central to our societies and how to sustainably reduce warfare. Groups involved in the day include nations, political parties, militaries, and the general public.

Each year, a theme is picked, generally focusing on a global trend at the time. Examples of various themes from previous years include: 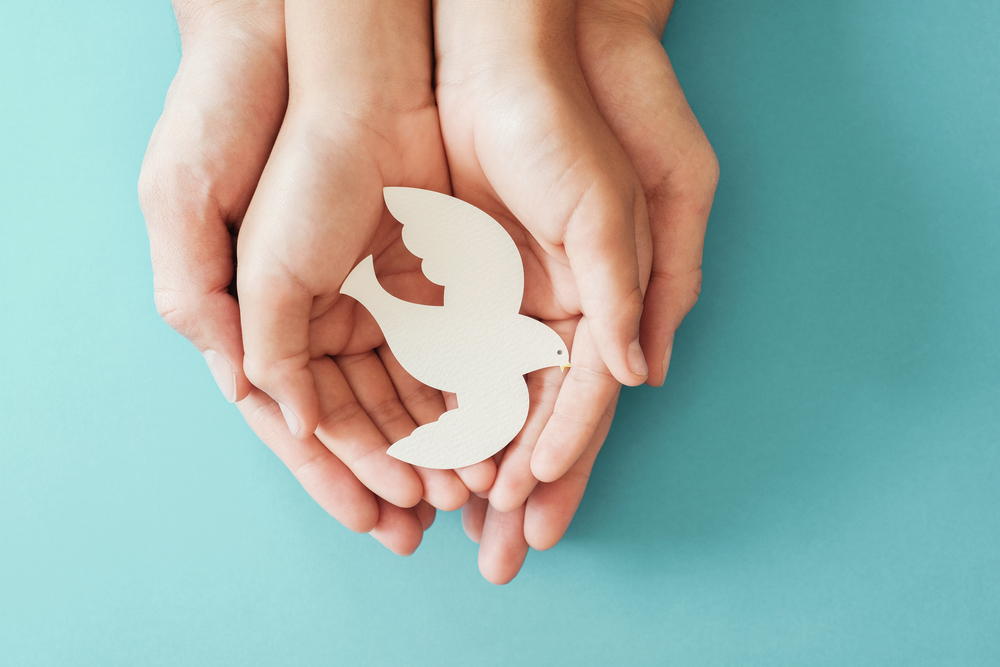 International Day of Peace 2021: Recovering Better for an Equitable and Sustainable World

The theme for this year’s International Day of Peace is “Recovering Better for an Equitable and Sustainable World.” Brought on by a tough 18 months due to the COVID-19 global pandemic, the theme invites nations and civilians alike to creatively consider how we can globally recover better – How can we help each other? How can we build resistance? How can we transform our societies to be more equal, sustainable, and inclusive?

The pandemic has hit underprivileged nations and communities the hardest. As of April 2021, over 100 countries have yet to see a single dose of the vaccine – even though over 687 million doses have been globally administered. Furthermore, those mired by conflict are further vulnerable due to their lack of healthcare access. The UN has issued a “sustained humanitarian pause” for all Member States of the Security Council for all local conflicts. This global ceasefire allows nations, governments, and humanitarian groups the ability to focus on lifesaving vaccination and treatments.

This year’s theme aims to tackle every aspect brought on by the pandemic, which unfortunately has also included an increase in level discrimination and hatred towards each other. This year, the UN seeks to remind everyone that the virus is the common enemy – not other humans. Furthermore, the day will also touch upon making peace with nature. Climate change is still real, and it is crucial for the peace of mankind to figure out how to create a sustainable world moving forward.

What can you do?

Join the UN’s initiative to stop hate, raise awareness, and promote universal peace. You can do this by joining events around the world, most notably with the Minute of Silence at 12 PM in every time zone around the world, called the “Peace Wave.” All organizations, nations, and individuals are invited to participate in this act.

Other ways to note the day include discussing with friends and family (maybe over dinner or a nature walk), plant a tree, attend an art exhibit which promotes and teaches about peace, and check online for local activities to attend.