The Significance of the International Day of Tolerance

The United Nations General Assembly proclaimed November 16th as the International Day of Tolerance in 1996. The day seeks to foster, promote, and spread mutual understanding between cultures and people across the globe – an initiative that has been increasing in importance with growing global conflicts that disregard human rights, including (but not limited to) racial discrimination, hate crimes, xenophobia, and scare-mongering. Tolerance is defined by the UN as respect and an appreciation of the rich variety of ways that humans exist on this planet. Only with tolerance, respect, and non-violent communication can the world ensure the survival of the unique communities amongst us.

For their fiftieth anniversary, the UN observed the International Day of Tolerance for the first time in 1995 and invited the world to participate in the first International Day of Tolerance the following year. UNESCO outlined leading initiatives in 1996 in the Declaration of Principles on Tolerance, which called on countries, organizations, groups, and individuals to take action for tolerance of all humankind.

A further key component to the creation of this day was the 125th anniversary of the birth of Mahatma Gandhi in 1995. Every second year on November 16th, the UNESCO Madanjeet Singh Prize for the Promotion of Tolerance and Non-Violence is awarded to organizations, people, or institutions that are significantly and effectively contributing to non-violence around the world. The 2020 award winner was the Centre Resolution Conflicts (CRC) from the Democratic Republic of Congo (DRC) which includes a total prize of US $100,000. The CRC helps defend human rights in the DRC, which includes rescuing child soldiers from militia groups and helping them reintegrate back into their local communities.

The 2020 global pandemic brought hardships for almost everyone in the world. The level of tolerance for Asian cultures around the world decreased while discrimination, racial hate crimes, and violence against this culture increased. Several countries including the US, Italy, Brazil, the UK, Australia, and Russia reported hate crimes, racism, stereotypes, and fear mongering against Asians or those with Asian descents.

In many places, politically charged groups led anti-immigrant movements with white supremacy, anti-Semitic, ultra-nationalistic and xenophobic tendencies. These ideologies from these groups place refugees, immigrants, and foreigners in a vulnerable place – one where tolerance and respect for other human beings is not a priority.

Furthermore, racial discrimination and violence towards other communities throughout the pandemic also increased, particularly hate towards Muslims in countries including India and Sri Lanka, only proving that what the world needs now more than ever is the International Day of Tolerance. 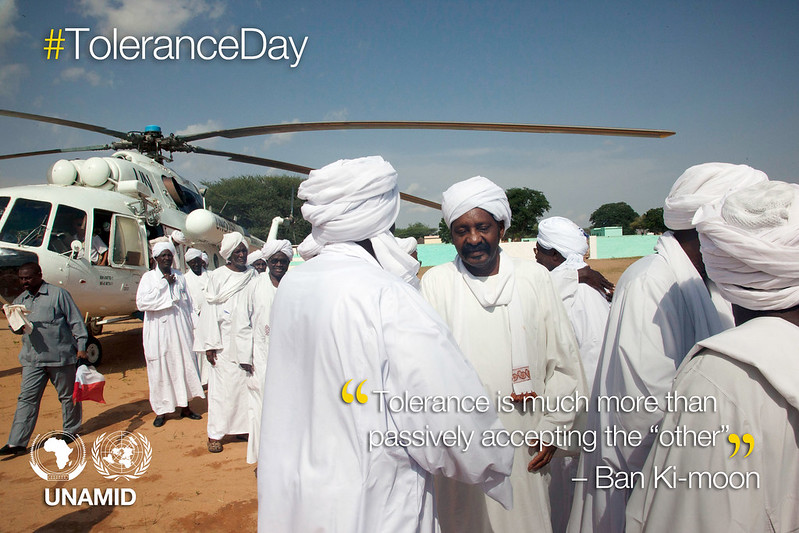 There are plenty of ways to get involved in the UN’s International Day of Tolerance. The day focuses on building awareness, educating, and helping eradicate hate, violence, and racism around the world – while simultaneously celebrating diverse cultures and communities.

First and foremost, it starts with awareness and education – then linking the two together. Only with self-awareness of your own actions can you start educating those around you regarding how to respectfully treat others and build tolerance in your direct communities. Bringing this to the schools in your area, personal social media (including forums), and civil societies will further create tolerance for cultures and communities that are different from yours. You can do this by listening, learning, and talking with diverse groups of people. Celebrate your differences and create a friendly and safe learning space for all. This is true every single day – not just on November 16th!