Madeline Stuart: The Supermodel Who Is Breaking Barriers and Advocating for Disability Rights

At only 24 years of age, Madeline Stuart is notably the world’s most famous model with Down syndrome. Originally born in Brisbane, Australia, Madeline’s modeling career took off in 2015 when she attended a fashion parade with her mother Rosanne. With a passion for dance, a healthy lifestyle, and Rosanne’s constant support and encouragement, Madeline’s success breaks barriers for those with disabilities on an international scale.

The Power of Social Media

Madeline’s overnight success can be pinpointed to one particular moment, when Rosanne posted  a ‘before and after’ picture of Madeline on newly created social media accounts in 2015. The images highlighted Madeline’s weight struggles and successes as well as the strength Madeline had in overcoming challenges surrounding living and modeling with Down syndrome. Rosanne believed that Madeline’s story was worth sharing and knew the world needed to hear it. The photo went viral, viewed over 7 million times across the globe within just a few days while multiple countries headlined the story in their respective publications.

Modeling with Down Syndrome 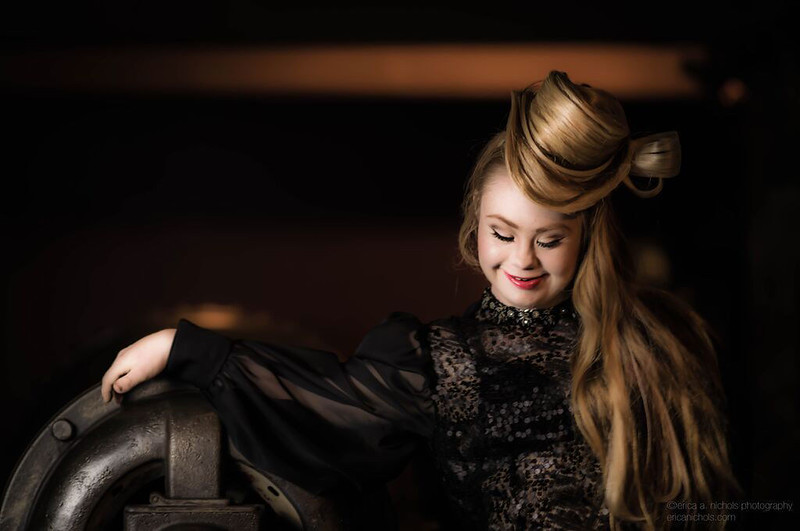 The Madeline Stuart Foundation + Giving Back

Outside of her incredible modeling career, Madeline continues to give back in meaningful ways and support incredible non-profit organizations where she has personal ties. Not only does she financially support specific organizations but she makes special appearances, performs or models in their fundraising efforts. Charities and organizations she’s worked with include the American Heart Association, Awareness Ties, Multi Cap Foundation, Silver Linings Project, The DisABILITY Museum, Special Olympics of New York and the Radical Beauty Project.

Because of her global platform and the world calling for more diversity, inclusion and representation in pop culture and the fashion industry, Madeline is an example of someone who uses their power for good. She also continues to actively represent the disability community by speaking at events like the International Women’s Week event on a cruise ship run completely by women as part of the #BridgetheGap movement as well as the ADC Festival in Germany. In 2017, she received the Quincy Jones Exceptional Advocacy Award for her work in supporting those with disabilities.

One of her most notable achievements to date, however, is the creation of the Madeline Stuart Foundation. Officially founded in early 2020 alongside her mother Rosanne, the foundation was created to help individuals in both the disability sector and the fashion industry in Australia.

‘Inside, Outside Dance Ensemble’ and Beyond…

Inside, Outside started in 2015 as a combined effort between Madeline and her mother Rosanne. It is now the largest dance school for children, teens, and adults with disabilities located in Queensland, Australia with a virtual international reach. All within a safe and fun environment, students are encouraged to live their lives to the fullest without the shame or judgement often pressed upon those with disabilities. The classes are an innovative way to create social and emotional development as well as enhance learning and vocational opportunities for people with disabilities and those within their community.

Madeline continues to oversee Inside, Outside alongside her busy modeling career, participation in the Special Olympics, and running her own fashion label called 21 Reasons Why by Madeline Stuart. The label’s mission is to spread messages of diversity, inclusion and positivity through fashion, proving there are no limits when it comes to age, size, ability, race or gender.

Madeline Stuart continues to pave the way in all she does. Through her advocacy for disability rights, speaking up for inclusivity in the fashion industry and running multiple successful organizations – one might ask – is there anything Madeline Stuart can’t do?