A Partnership Inspired by Peace

The Martin Richard Foundation has made a commitment to donate $1 million to Project 351, a San Francisco-based non-profit organization that promotes youth leadership throughout Massachusetts. The generous grant is a reflection of the Martin Richard Foundation’s focus on youth development through community projects that promote civic engagement. The announcement was made a few days before the foundation’s final service event and it has been the single biggest donation made by the foundation thus far.

A Special Friendship Is Born

The two organizations may have originated in different ways, but for both, giving back is at the heart of what they do and that is not all they have in common. Five years ago, Project 351 named the youngest victim of the 2013 Boston Marathon Bombing as one of its service heroes. The Martin Richard Foundation was founded by the Richard family in honor of that same boy, who happened to be their son. Because of the mutual belief in a message of peace and the shared objective of arranging projects that promote inclusivity and community engagement, a beautiful friendship was born and the two organizations joined forces.

Dedicated to Promoting Education and Sports in the Community

Launched in 2014, the Martin Richard Foundation is a charitable organization that helps young people to grow, learn, and lead through various community-driven p

rojects. The foundation is particularly focused on advancing peace, kindness, inclusion and sportsmanship. Since its inception, the Martin Richard Foundation has raised funds through Team MR8, their charity team that consists of volunteer runners who run the annual Boston Marathon. The money raised by the team is used to invest in projects like community clean-ups, various sports programs for local youths, a leisure park project, and financial assistance for a club that organizes athletics programs for children with disabilities. The foundation has three main programs: 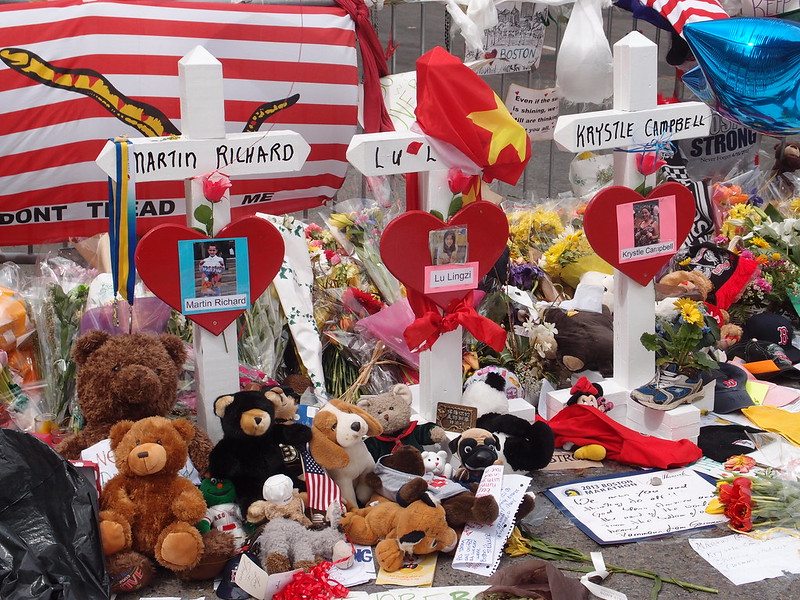 In addition to the alliance with Project 351, the Martin Richard Foundation has also teamed up with various community partners such as YES, the John F. Kennedy Library Foundation, the Dorchester Educational Enrichment Program, College Bound Dorchester, and the Louis D. Brown Peace Institute.

Project 351 is a nonprofit started in 2011 when a former governor of Massachusetts, Deval Patrick, decided to celebrate his second inauguration by focusing on making a positive change in the lives of young people in his community. The concept of the organization was developed by its founder, Carolyn Casey, and reflected the governor’s belief in the unlimited potential of young people in a supportive community. Eighth graders in all cities and towns of Massachusetts were invited to become ambassadors of Project 351 and that is how an independent youth leadership organization began. With kindness, compassion, gratitude, and humility at heart, Project 351 aims to strengthen society through the development of a new generation of service leaders. The organization believes that every young person can be a brave and bold leader who dreams of a better world.

Kindness Has a Ripple Effect

One of the special initiatives undertaken by The Martin Richard Foundation alongside Project 351 was a peace and unity walk organized in Martin’s name. According to Project 351 founder Caroline Casey, the members of the foundation have become part of the family and since then, a legacy of peace has inspired scores of young ambassadors to take note of the tremendous difference the actions of a single person can make, simply by being kind. Casey believes that young ambassadors are motivated by making small differences in their local neighborhoods and that when they join together with a bigger organization, they will see how their input can make a positive difference on a much larger scale.

The Power of a Collective Purpose

The foundation believes so deeply in what can be achieved through unity that it has decided to provide Project 351 with considerable financial backing. Martin’s aunt, Erin O’Brien, who is also a board member of the foundation, said that the vote to make the donation was accepted unanimously by all board members. According to O’Brien, working with Project 351 is a way in which the foundation’s message to branch out to a variety of diverse populations in communities outside of Boston can be carried forward. The organization hopes to empower the students in these communities through various initiatives funded by the generous grant.