Patagonia is the southern tip of South America, a region of mountains, glaciers, rain forests and deserts. It is one of the world’s few remaining places of relatively untouched natural beauty. In 1973 as a tribute to this magnificent region, American rock climber Yvon Chouinard gave his outdoor clothing and activewear company the same name. Now, Chouinard is paying tribute again, as he’s relinquished majority control of Patagonia, Inc. to environmental interests protecting planet earth.

Chouinard founded an organization called “1% for the Planet” in 2002 and committed to donating 1% of annual sales to environmental causes. Now, the $3 billion company will be going even further. Patagonia will still operate as a for-profit business and will continue to sell outdoor clothing, compensate employees and reinvest to further growth. However, the company’s remaining profits will be donated to its new non-profit owners the Holdfast Collective and Patagonia Purpose Trust. The Holdfast Collective owns 98% of the company and is responsible for investing in environmental projects. Patagonia Purpose Trust will handle key company decisions, as well as oversee the company’s voting stock.

On the surface, this seems like a win for the environment. However, both the Holdfast Collective and Patagonia Purpose Trust were founded by Chouinard, which has raised a number of ethical questions about tax benefits, dark-money lobbying, and accountability.

The Legal and Tax Implications of the Sale

Just as the tax code allows companies to write off profits in the name of charitable contributions, it also includes incentives for the owners of corporations to pass control of their companies into the hands of non-profits. As evidenced with Patagonia, there are no stipulations preventing an owner from passing their company into the hands of a non-profit they also control. According to the IRS this is all perfectly legal.

Patagonia isn’t the first billion-dollar company to exploit this blind spot. In 2021, American businessman Barre Seid relinquished ownership of electronics manufacturer Tripp Lite, passing control of the company over to an advocacy group called the Marble Freedom Trust. Marble Freedom Trust then sold the rights to Tripp Lite to the Eaton Corporation, a multinational power-management company worth more than $19 billion operating out of Ireland, the United States and the United Arab Emirates. Neither the Marble Freedom Trust, nor the Holdfast Collective will be taxed on the billions of dollars of profits they receive from Patagonia and Tripp Lite respectively. However, for the Holdfast Collective to achieve its long-term goal of creating structural change in support of environmental protection, they are going to need to use the profits donated by Patagonia to lobby governments to make those changes. This highlights the way that 501©(4) non-profits like Holdfast are allowed to bypass the campaign-finance restrictions that apply to other 501©s, and get directly involved in electoral politics. 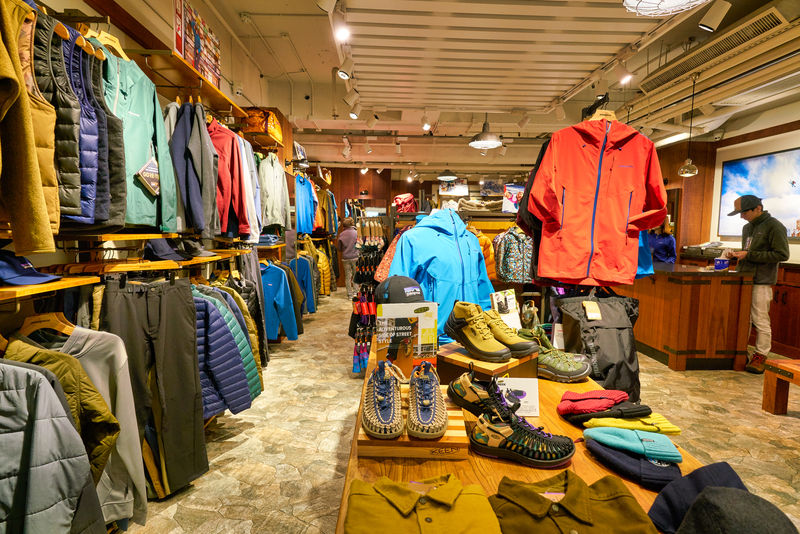 Chouinard founded the Holdfast Collective with the stated purpose of spending Patagonia’s extra profits on social welfare projects. It should be noted that although Chouinard founded the Holdfast Collective, there is very little information available regarding the organization’s day-to-day operations. The arrangement between Patagonia and the Holdfast Collective effectively makes it so that the companies cannot be charged tax on any stock growth. This is because the law states that when stakes in a company are given away to charities, even if they are sold at a later date, (i.e. Marble Freedom Trust, Tripp Lite, & the Eaton Corporation) those stakes remain untaxable.

IRS rules for instances such as these are incredibly lax, however there are stipulations regarding what would be considered acceptable conduct. Social welfare organizations are afforded tax exempt status with the implicit understanding that untaxed profits will be used to “further the common good and general welfare of the people of the community.”

Critics note that this raises further questions about the ability of dark-money lobbying to move the political needle, although it also presents an interesting scenario where private sector welfare programs may be able to account for the government’s relative failures in housing, environmental issues and drug treatment.

Looking To the Future

Despite these changes, Patagonia will continue making active wear and outdoor clothing. Chouinard insists that most of the company’s profits will go towards environmental protection projects. Although his family will be exempt from paying estate taxes, they will not be skimming anything off their shares. Patagonia, Inc. will also continue to pay corporate income taxes, unlike many for-profit universities and hospitals in the United States. Hopefully, this will all amount to a cleaner, healthier world and will promote further instances of corporations eschewing profits in the name of ethical capitalism. However, whether Chouinard’s decision to give his up company amounts to trickle-down economics run amok, an ingenious way to bypass red tape– or something else entirely– is yet to be seen.