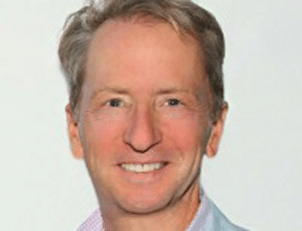 David Bohnett was raised in Chicago. In high school he sold Amway and delivered newspapers to make extra money and he also developed an interest incomputers and computer science which led to his decision to attend University of Southern California where he graduated with a bachelor’s degree in business administration. He attended the University of Michigan for his post graduate degree where he graduated with an MBA in finance from the Ross School of Business in 1980. He worked as an information systems consultant for Arthur Andersen for a few years but left to work for several software companies. David Bohnett has been an activist for gay rights his entire life and worked tirelessly for the rights of same sex couples prior to marriage equality legislation being introduced. 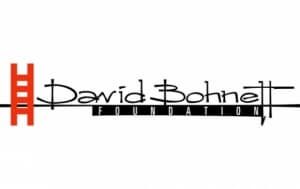 David Bohnett was right at the forefront of the development of the World Wide Web. He developed the website GeoCities.com with John Rezner and it is credited as being the very first social networking site on the Internet, the precursor to sites like MySpace and Facebook. Users of the site were able to create free webpages that were organized by user and community interests. GeoCities was the first Internet venture that was built on user-generated content. By 1997 it was the 5th most popular website on the Internet and it doubled its initial share price when the company was taken public in 1998. GeoCities was sold to Yahoo in 1999 for $3,57 billion with Bohnett netting around $300 million.
His success with GeoCities led to Bohnett investing in several other tech companies and the establishment of Baroda Ventures, a venture capital firm based in Los Angeles that focused on early stage investments in technology companies. David Bohnett is an actively involved in many of the tech companies that he has invested in.

One of the first things David Bohnett did after the sales of GeoCities was to set up the David Bohnett Foundation which is a non-profit that provides resources to projects and organizations pursuing social change through activism. The foundation received an initial grant of $32 million from Bohnett and in its first year of activity, donated over $2 million to LGBT organizations, gun control programs, voter registration and AIDS projects. To date the foundation has donated over $109 million to various causes in its wide focus areas. The foundation helped establish over 60 David Bohnett CyberCenters which are ‘safe-haven’ internet cafes where members of the LGBT community have access to information, support and resources.

Bohnett is a founder member of the Los Angeles chanter of the Gay and Lesbian Alliance Against Defamation (GLAAD) which focuses on lobbying media companies for more accurate and representative portrayal of homosexuality in the media. He was the single largest contributor to the cause to stop Proposition 8 in 2008, donating over $1 million to defeat the bill and bring about marriage equality in California. Bohnett is also passionate about classical music and was the chairman of the Los Angeles Philharmonic Association between 2008 and 2013.