Dr. Colin Greer’s professional life began as a professor at CUNY’s Brooklyn College. Dr. Greer directed several published research studies at both CUNY and Columbia University on the topics of U.S. immigration policy and urban schooling policy and history. His expertise on these and other socio-economic policies would later come to the attention of leading politicians. 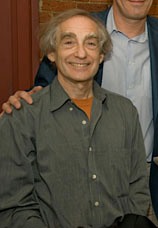 Dr. Greer is a prolific author, with an extensive list of critically-acclaimed books such as The Plain Truth of Things and A Call to Character, co-authored with Herbert Kohl. His two best-known works are The Great School Legend and Choosing Equality: The Case for Democratic Schooling, for which he was awarded the American Library Association’s Eli M. Oboler Intellectual Freedom Award.

Dr. Greer was the founding editor of Social Policy Magazine and Change Magazine. For the past 17 years, he has been a regular contributing editor to Parade Magazine. In this capacity, he interviewed Mikhail Gorbachev and Bishop Desmond Tutu, among other world leaders.

Dr. Greer also enjoys writing fiction, poetry, and stage scripts. His poetry has been published in Hanging Loose and Transformations. Bombed, a play that Dr. Greer wrote about the bombing of Hiroshima, was staged in New York City in 2015. Two other plays, Spinoza’s Solitude and Imagining Heschel, are part of a collection called Religious Differences Between Artichokes published by Lantern Books. Recently, Dr. Greer has become an active blogger and his articles can be found on his website.

Dr. Greer chaired the Funders’ Committee for Civic Participation for a decade. During his tenure from 1992-1994, he chaired the White House Internship Financial Aid Committee. His expertise on the topics of education and philanthropy as well as the government’s role in supporting philanthropies and social justice made Dr. Greer a much sought-after resource for politicians, particularly former First Lady Hillary Clinton. Greer wrote briefing papers on philanthropy and government for Clinton and prepared talking points and position papers on education policy for Senator Paul Wellstone.

Dr. Greer has been serving as president of the New World Foundation since 1985. The New World Foundation is committed to creating channels for economic equality, democratic participation, educational excellence, equal access to healthcare, and the protection of civil and workers’ rights as well as pursuing peace throughout the world.

In addition to serving as president of the New World Foundation, Dr. Greer serves as the chairman of the board of directors for the Stella Adler Studio of Acting and the LARK Play Development Center. In addition, he sits on the Boards of Alternet, the New York City Interfaith Center, the Center for Social Inclusion, The Opportunity Agenda, openDemocracy/USA, the American Institute for Mental Imagery, the Teachers and Writers Collaborative, and Tikkun Magazine.