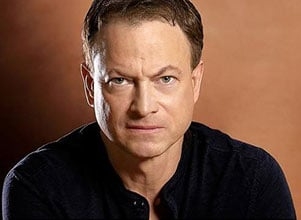 After graduating high school, Gary Sinise attended Illinois State University. While there, he co-founded the Steppenwolf Theatre Company, which has given notable actors the opportunity to showcase their talents and provided Sinise with the opportunity to develop his directing skills.

Sinise began to attract the attention of the film industry with his work on True West, for which he was an actor and director and for which he earned an Obie Award in 1982. He went to collaborate with Tom Hanks on three iconic movies: Apollo 13, Forrest Gump, and The Green Mile.

In 2004, Sinise began acting on television in the hit series CSI: New York, playing the role of detective Mac Taylor.

Gary Sinise’s first major advocacy project was Operation Iraqi Children. He wanted the world to know the reality of how US soldiers were rebuilding communities and helping children in Iraq. Former President George W. Bush presented Sinise with the Presidential Citizen Medal for his efforts on behalf of the American military and of children in Iraq.

Sinise has narrated several projects for the US military, including Army Strong recruitment advertisements, the History Channel’s World War II in HD, and Missions that Changed the War, which aired on the Military Channel. He is the national spokesperson and leads significant fundraising efforts for the American Veterans Disabled for Life Memorial. In addition, he co-hosts the annual National Memorial Day Concert, which takes place on the Mall in Washington, D.C.

Sinise has been given several awards for his tireless work on behalf of military veterans, active-duty personnel, and their families, including being named an honorary Marine by the US Marine Corps and an honorary Chief Petty Officer by the US Navy.

Gary Sinise’s Lt. Dan Band has been a successful vehicle for his work on behalf of veterans and the Armed Forces. The band was co-founded with Kimo Williams and is named after Sinise’s famous character in Forrest Gump—Lieutenant Dan Taylor. The band travels the world on USO tours and brings global attention to the contributions of the US Armed Forces.

The Gary Sinise Foundation was founded in 2011 to build upon Sinise’s personal efforts on behalf of veterans and defense personnel. The mission of the foundation is to “serve and honor our nation’s defenders, veterans, first responders, and their families.” The foundation’s myriad of initiatives includes building homes for veterans dealing with severe disabilities, visiting hospitals and rehab centers, and serving meals to troops preparing for deployment.

Sinise received the US Army’s third highest civilian award in 2013—the Outstanding Civilian Service Award—in recognition of his work.