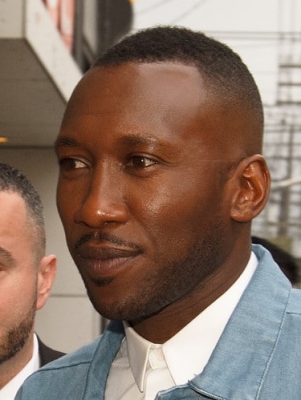 Known as Mahershala Ali professionally, Ali was born as Mahershalalhashbaz Gilmore to a Baptist minister mother and a Broadway actor father. Ali received a scholarship for his skills in basketball and graduated with a degree in mass communication in 1996. He played for the SMC Gaels using the name Hershal Gilmore but soon became disenchanted by the sports industry and instead shifted his focus to acting. Ali accepted an apprenticeship at the California Shakespeare Theatre and spent a year working for a radio trade publication called Gavin Report. He then enrolled in a graduate acting program at the New York University and earned a master’s degree in 2000. He converted to Islam that year and took on the surname Ali.

Between 2001 and 2010, Mahershala Ali was known by his full name, Mahershalalhashbaz Ali. He then began using the abbreviated version, claiming that his entire name was simply too long for Hollywood.

Over the years, Ali became known for several television and movie roles, including as Remy Danton in House of Cards, Colonel Boggs in The Hunger Games, and Tizzy Weathers in The Curious Case of Benjamin Button. In 2016, Ali played the role of Juan, a drug dealer and mentor, in the film Moonlight. For this part, he won an Academy Award for Best Supporting Actor as well as the Critics’ Choice Award for Best Supporting Actor and the SAG Award. This made Ali the first Muslim actor to win an Oscar.

Branching into Music
Besides being a multiple-award-winning actor, Mahershala Ali is also a talented rapper. He was signed by Hieroglyphics Imperium, a Bay Area recording label, and began recording music as Prince Ali. In 2017, he released an album called Curb Side Service but decided to focus on his career in acting instead of promoting the album.

Mahershala Ali is a known benefactor of charities like City Year, the Elton John AIDS Foundation, the Entertainment Industry Foundation, Stand Up to Cancer, UNICEF, and Vital Voices.

After Ali won an Oscar for Moonlight, St. Mary’s College of California created the Moonlight Scholarship, and Ali made a considerable donation to the cause. The fund makes partial scholarships available to students of color and to those who would be the first in their family to attend college. Mahershala Ali was one of these students when he attended St. Mary’s by means of a basketball scholarship. His time at the school was what helped him launch his acting career.

As a performer at WE Day, Mahershala Ali is an international activist for lasting social change in the United States. WE Day is a series of stadium-sized annual events held across the United States, Canada, the Caribbean, and the United Kingdom. The events bring together acclaimed international speakers, A-list performers, and young people who have proven that they have made a positive impact on the world.