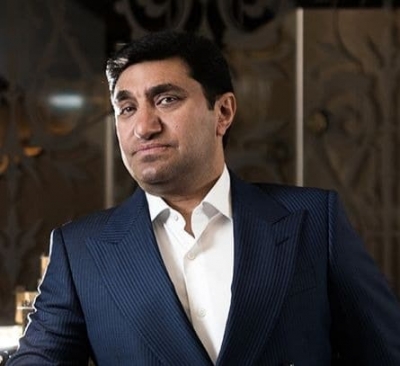 At the start of God Nisanov’s career, he worked at a local cannery his father managed. Not satisfied with his options for business development locally, Nisanov decided to move to Moscow to explore future business prospects elsewhere. There, he joined forces with fellow Azerbaijani Zarakh Iliev and launched a company called Kievskaya Ploshchad. Through the company, Nisanov and Iliev began investing in local businesses. They made several acquisitions, mainly in the large-scale commercial property sector. Nisanov’s initial focus was on specialized shopping centers and eventually expanded to include ventures in hospitality, transport, agricultural centers, and the food sector.

After making several lucrative investments, God Nisanov and his business partner and friend Zarakh Iliev became known for their expertise in developing purpose-built shopping centers. One of the first was the Elektronny Ray Shopping Center, which stocked electronic goods and household appliances. The Grand is a center focused on all aspects of furniture including sales, manufacturing, and even furniture workshops. The Automobile Shopping Center was developed purely with the intention of becoming an ideal destination for those interested in purchasing new or used vehicles. After achieving phenomenal success in this sector, Nisanov and Iliev decided to expand their business portfolio to include ventures in other fields.

Nisanov branched out into the hospitality industry when Kievskaya Ploshchad acquired Hotel Ukraina at an auction in 2005. It was eventually revamped and reopened as the Radisson Royal Moscow and continues to be a prime destination for visitors to the city. Significant business ventures Nisanov has in the food industry include the development of Food City, a large wholesale food distribution hub that stretches across 120 hectares, and Depot, a trendy food mall that used to be a tram park. Nisanov and his partner Iliev also have business interests in transportation with two international bus stations and the Radisson Royal Flotilla, a luxury river cruise company.

God Nisanov is highly supportive of numerous cultural projects and has received several honors and awards in recognition of his efforts. He made a generous contribution to the restoration of St Nicholas Kronstadt Marine Cathedral and backed the construction of Cheder Menachem Jewish School. Nisanov also renovated and updated the Gubinsky Cannery in Krasnaya Sloboda, which now employs over 200 individuals who are part of the Mountain Jewish community. Furthermore, he opened a Talmudic college, rebuilt a synagogue destroyed in Soviet times, and restored a culturally important tram station, the Miussky Depot. One of Nisanov’s most recent charitable projects is financing the world’s first museum dedicated to preserving the culture and history of the Mountain Jews of Azerbaijan. The museum will be located in Quba, Azerbaijan and will serve as a reminder of the Juhuri language as well as other traditions and religious practices of this unique group.