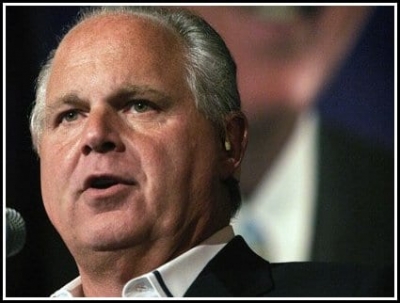 Rush Limbaugh launched his radio career when he was only 16. Adopting the handle Rusty Sharpe, he began spinning records as the station disc jockey.

After graduating from high school in 1969, Limbaugh attended Southeast Missouri State University, leaving after two years to become a DJ in Pittsburgh. He continued in the radio industry, working at several stations and ultimately ending up in Sacramento, California in 1984.

In Sacramento, Limbaugh began to build a solid following of conservative listeners. In 1988, he moved to New York City and became the host of a national radio show. It came at an opportune time, falling between the two major US party conventions.

By the early 1990s, Rush Limbaugh had become the most popular talk show host on radio. His style combined performance with a hard-hitting, intellectual presentation of the facts. He became renowned and appreciated for his wit, satire, and sharp humor. He was unafraid to touch upon even the most taboo subjects of the day or to take on national personalities. Eventually, his show was syndicated to more than 650 radio stations across America. Today, the show reaches more than 20 million listeners every week.

Rush Limbaugh has used his platform for philanthropic causes, among them the Leukemia & Lymphoma Society of America. His annual Cure-A-Thon broadcast on his three-hour radio show has raised more than $47 million to advance the organization’s research and family-support programs.

The stated mission of the Leukemia & Lymphoma Society (LLS) is to cure leukemia, lymphoma, Hodgkin’s disease and myeloma as well as to improve the quality of life of patients and their families. Founded in 1949, LLS has partners and chapters throughout the United States and Canada. Limbaugh and his wife, Kathryn, have personally contributed more than $600,000 to LLS.

Rush Limbaugh is also a strong advocate and supporter of the US Armed Forces. He has used his show to raise awareness of the accomplishments and needs of the country’s military personnel. In particular, Limbaugh has been a long-term supporter of the Marine-Corps Law Enforcement Foundation and has helped to successfully channel millions to support the organization. His designer tea company, Two If by Tea, has been a sponsor of the Foundation since 2011.

The Marine-Corps Law Enforcement Foundation was founded in 1995. It supports the children of fallen soldiers by providing medical assistance and scholarships. More than $50 million has been distributed to qualified children since its founding.

Rush Limbaugh is one of the most famous voices representing conservatives in America. He has received multiple awards from the industry and other media platforms. The National Association of Broadcasters honored him with the Marconi Radio Award for Syndicated Radio Personality of the Year five times since 1992.

In 1993, Limbaugh was inducted into the National Radio Hall of Fame and the National Association of Broadcasters Hall of Fame in 1998. Time Magazine listed him among the 100 Most Influential People in the World, and Forbes Magazine named him as one of the 50 Most Powerful Celebrities in the United States.