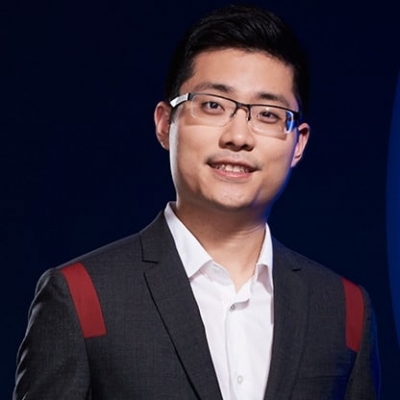 Timothy Hwang completed his secondary education in Potomac, Maryland. He received his undergraduate degree from Princeton University’s Woodrow Wilson School. Just prior to graduation in 2013, Hwang and two high-school friends founded FiscalNote. Even though admitted to Harvard Business School, Hwang made the decision to postpone his admission in order to invest full-time attention to his startup.

Hwang’s startup began as a legislative tracking software package for state legislatures. It became a corporation in 2013 and moved to Washington, D.C. where Hwang and his friends were successful in securing multiple rounds of venture capital. In fact, since its founding, FiscalNote has raised more than $230 million in venture capital and acquisition financing from a broad group of funders including Steve Case, Mark Cuban, The Economist, Renren, S&P Global, and Jerry Yang.

With strong financial funding and the commitment of its founders, FiscalNote grew to become one of the largest software employers in Washington, D.C. It created such a monumental impact that Muriel Bowser, the Mayor of D.C. initiated a collaboration with the company in 2017. FiscalNote would offer a revolutionary technology for the city’s job training and economic development initiatives.

In 2018 FiscalNote acquired CQ Roll Call Group a media and news company previously owned by The Economist Group. This acquisition enabled FiscalNote to advance its goals of becoming a leading source of news, data and analysis for all branches of government. Combining leading-edge technology, FiscalNote offers its consumers access to the best data-driven journalism and news products.

Today, FiscalNote has offices in Washington, D.C., India, Seoul, Baton Rouge, New York City and Brussels. It is powering up the offices of nearly 5,000 of the largest and most prominent governments, law firms and legal departments in the world.

Timothy Hwang’s philanthropy began early in life. When he was only 14 years of age, he launched his first philanthropic initiative—Operation Fly. Hwang was inspired by what he experienced on several church missions to Guatemala. Hwang’s non-profit ran programs to benefit inner-city youth in some of the country’s poorest cities.

While a student at Princeton, Hwang co-founded the National Youth Association, which was a lobby organization that would focus on youth issues at the national level.

Hwang is on the Board of Directors of the Community Foundation of the National Capital Region and on the Board of Afterschool Alliance. He is a member of the Economic Club of Washington, D.C., the Young Presidents Organization and is a World Economic Forum Technology Pioneer.

From 2009-2010, Hwang served on the Montgomery County Board of Education, an elected position, where he oversaw a massive $2.3 billion operating budget, a $1.2 billion capital improvement plan and an employee base of roughly 22,000 people.

During the candidacy of former president Barak Obama, Hwang served as youth regional field organizer, a position he held from 2007-2008. In this capacity, Hwang was responsible for organizing events for high school and college students in the states of Virginia, New Hampshire and Pennsylvania.