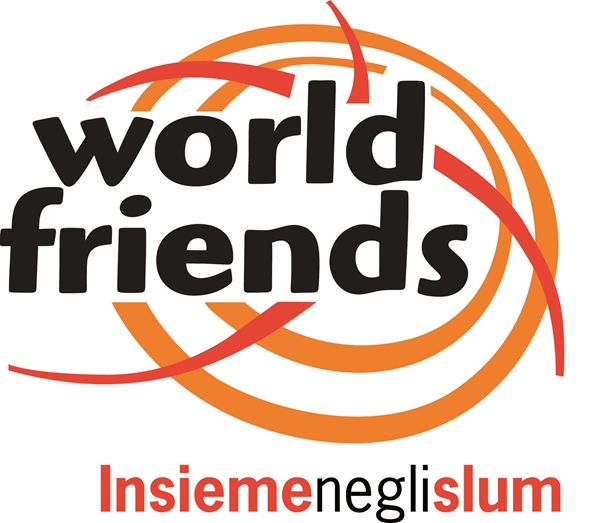 Amici del Mondo World Friends Onlus is an Italian non-profit organization. The organization supports the principles of the Universal Declaration of Human Rights and runs several programs with the aim of bringing healthcare to poverty stricken people in Kenya, Senegal, Burkina Faso, Uganda and Tanzania. World Friends operates independently and is recognized as an NGO by the Kenyan government. The organization is awaiting similar accreditation from the Italian Ministry of Foreign Affairs.

In early 2015 Amici del Mondo World Friends Onlus had two projects underway:
– ‘Slum Flowers’ is a program run in the slums of Nairobi, Kenya. Through this program World Friends built the paediatric wing at the Ruaraka Uhai Neema Hospital of Nairobi. The wing runs rehabilitation clinics for disabled children, mobile clinics, motherhood programs and provides support for pregnant women. It is fully supported by World Friends.

Without Exceptions’ places focus on children with disabilities in the slums of Nairobi. Physical therapy and occupational therapy is provided. Access to education for disabled children is improved. The campaign also strives to fight stigma against disabled children and to improve social inclusion.

‘Born in the Right Place’ was a campaign in which Amici raised funds to construct the maternity wing at Nairobi’s Ruaraka Uhai Neema Hospital. The campaign started in 2010 and the maternity wing opened in February 2011. Since it was established, the wing has served over 6,000 expectant mothers, with services like antenatal consultations, assisted childbirth, caesarean sections and post-delivery follow-ups.

In 2002, just a year after Bill Clinton completed his presidential terms in the Oval Office, he attended the International AIDS Conference, where the prime minister of St. Kitts and Nevis requested Clinton’s help in building a global program that would address the HIV/AIDS pandemic and building a sustainable healthcare system for all. The late Nelson Mandela added his voice to the request and the Clinton HIV/AIDS Initiative was born, now known as the Clinton Health Access Initiative (CHAI).