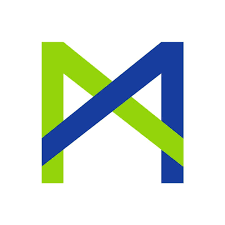 The foundation’s mission is to raise awareness and take an active role in procuring a better life for children and adults with intellectual disabilities (ID), autism spectrum disorder (ASD), or neurodevelopmental disorders. The foundation believes that everyone deserves the proper support.

The foundation supports four main causes in its mission to bring awareness to the public while actively revolutionizing care for those in need.

The foundation was established in 1973 by a group of people who felt that children with neurodevelopmental disorders deserve a life beyond its taboo status. They began the foundation to ensure that children living with these conditions are included in society and get the proper help they need.

The foundation has several notable projects to raise awareness and funds and drive change within the field. These projects raise more than just awareness for the cause. The most notable are:

This event has been held annually at Hillsdale Golf & Country Club for over 55 years, making it Canada’s longest-running charitable golf tournament. The foundation has enjoyed many years of success under the outstanding leadership of Herb Black, whose daughter is honored by the tournament’s name.

This project aims to raise funds for the foundation to continue toward its goals. The auction was created ten years ago by dedicated individuals who wanted to help the Miriam Foundation’s clients and services. This committee has acquired artwork from local, Canadian, and international artists who have kindly contributed their work, enabling them to raise more than $1 million thus far.

The Miriam Foundation has been placed at the center of various fundraising initiatives by the numerous supporters of the cause.

Throughout its existence, the foundation has received numerous third-party fundraising efforts bolstered by independent projects and associated groups. One such third-party event is My Big Fat Greek Fundraiser 3.