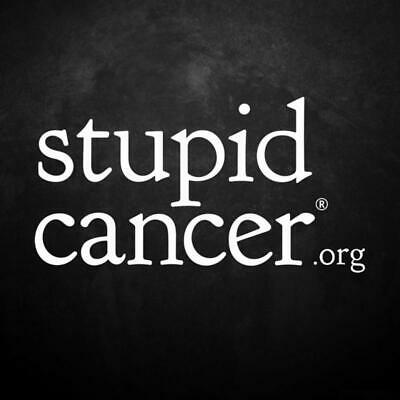 The Stupid Cancer organization aims to improve the health outcomes of young adults with cancer and to empower and support them.

Stupid Cancer funds projects that raise awareness about young adults with cancer and that help establish a supportive community for them and their families.

Stupid Cancer supports a range of on-the-ground events and online programs. From 2012 until 2016, the Stupid Cancer road trip traveled across the United States every April to raise money for and awareness about young adult cancer.

The organization also launched Planet Cancer, a global digital platform aimed at helping young adults with the illness. In 2010, Planet Cancer published a book about cancer and the platform was subsequently purchased by LIVESTRONG in 2013.

Between 2008 and 2016, Stupid Cancer held the OMG! Cancer Summit for Young Adults, which became known as the event that defined the young-adult cancer movement and that would serve as the global voice for the community.

Currently, two on-the-ground events are being run by Stupid Cancer—an annual four-day conference and several local meetups. Cancercon is a conference held in Denver, Colorado every year where young adults with cancer meet and participate in workshops, group discussions, and a range of social activities. Stupid Cancer meetups allow anyone affected by young-adult cancer to meet and interact with peers in the same situation in their local area. Meetups are held at parks, bowling alleys, and other social venues. Online programs include regional support groups, shows, and an informative blog.

In 1995, a young 21-year-old concert pianist named Matthew Zachary was diagnosed with brain cancer and was told he would not live longer than another six months. Because of a lack of resources about young-adult cancer, Matthew and his family were offered minimal comfort and support. In 2004, nine years after his diagnosis, Matthew founded Steps for Living, which then became the I’m Too Young For This! Cancer Foundation in 2007. In 2012, the foundation became known as Stupid Cancer.