The Accessibility of Charity

The word charity is usually, most associated with giving money to those in need. However, its true meaning describes the intentional act of kindness. Aside from financial donations, there exists a plethora of ways to give back to others. Any means of aid, ranging from physical donations to lending your time are counted as charitable acts. Whatever it may be, if it has a tangible impact on a person’s life or makes the world a better place it is considered charity.

Benefits of Charity for Personal Health

With the hustle and bustle of everyday life, it can be hard to think of others before oneself. Regardless of personal challenges, it is important for everyone to take part in a charitable cause. Not only does charity benefit the needy, it feels good doing it. Scientists at the University of British Columbia, Harvard and the University of Oregon have conducted several different studies which proved the link between committing charitable deeds and the activation of pleasure centers in the brain. The University of Oregon study conducted an experiment of their own, providing a group of women with $100 each, asking them whether they’d like to keep the money or donate it to a local food bank. When comparing brain scans of each subject after the experiment, scientists discovered a positive relationship between the charitable act and the pleasure centers in their brain that began to light up.

There are countless foundations doing important, charitable work for anything and everything under the sun. It is best to take part in a cause that most resonates with your beliefs and aspirations. Those interested in animals may choose to volunteer their time at shelters, while others would prefer to donate cash. By finding an organization close to one’s heart, a person can create a lasting impact on the world while feeling good about it. 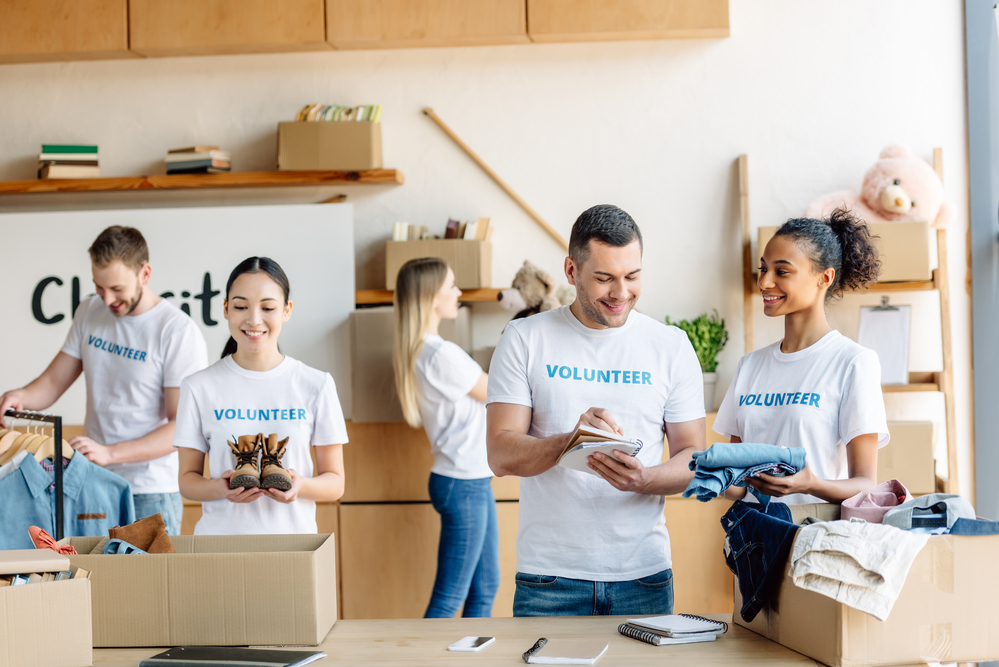 There are numerous other scientific studies that support the correlation between charity work and its physical benefits within the individual. Researchers at Queensland University conducted a study which tests the physical effects of treating others unfairly. In alignment with previous experiments, the results showed that acting selfishly and unfairly results in a negative physical response such as heightened blood pressure and increased stress levels. On the contrary, acting fairly and reasonably to one’s counterparts helped regulate the subjects’ stress and blood pressure levels.

A World of Charitable Opportunities

Those looking for ways to give back, whom may not have stacks of money to give away, are still able to make a difference. Anyone can be charitable, and there is an infinite host of ways to do so.

For example, donating used items or canned goods to local shelters and food banks are great ways to help the community alongside the environment. Unused goods that one person possesses might be of great use to someone else which is all the more reason to give them a new life. Another form of giving back may be done through mobile applications or even social networking sites to spread awareness about important issues. Knowledge is power, so by volunteering your opinions and insights, people are benefiting from information they might not be exposed to otherwise. These tech-savvy individuals might also consider downloading and using charitable apps that help people give back. Apps such as Blood Donor, a Red Cross affiliated platform, alerts its users about blood drives in the area. Share The Meal, a UN World Food Program affiliated crowdfunding system, redistributes excess capital to feed individuals in impoverished nations.

There Are Always Ways to Give Back

While the list of charitable ideas may be endless, most ways can be easily incorporated into everyday life. These include helping neighbors and friends with babysitting, carrying groceries and crossing the street . With each act of kindness, the world continues to become a better place. If you look hard enough, you might find that you already give back in your own way.