Building Awareness for Refugees, Asylum Seekers, and Displaced People Around the World

Every year on June 20, World Refugee Day is observed to honor refugees around the world and to raise awareness about the struggles associated with refugee life. The theme for World Refugee Day 2021 is Together We Heal, Learn, and Shine—an initiative created by the United Nations.

First and foremost – what is a refugee? A refugee is defined as a person who is forced to leave their home country due to civil unrest, armed conflict, or violence carried out by a nation, state actor, individual threatening the state, or an individual the state cannot control. The refugee is threatened because of their nationality, race, religion, political opinion, or membership to a particular group and chooses to leave their home state out of necessity, rather than out of free will.

Unfortunately, current levels of displacement are some of the highest ever recorded, with over 65 million people displaced from their homes, equaling roughly 34,000 people being displaced daily. While over half of refugees are internally displaced, 22 million people have been forced to flee their homes and settle in other countries, with roughly 50% of these people under 18 years of age.

The first official World Refugee Day was observed on June 20, 2001. However, the need to provide support for refugees as well as their wellness, healthcare, and education was formally discussed at the 1951 Refugee Convention and again at its 1967 Protocol follow-up. The Convention originated from the belief that refugees deserve the right to respect and dignity, regardless of their situation. From this belief, the initial discussion brought forward laws, initiatives, and rights there were put in place to help refugees, including:

A major focus on refugee support and awareness involves healthcare and education, particularly in lower-income countries where daily needs and access to care is difficult to be met in general. This is why it is so crucial to support funding for international humanitarian and development assistance, in home and host countries. These initiatives support the most vulnerable, reducing their likelihood of violence, human trafficking, child labor, and early child marriage. 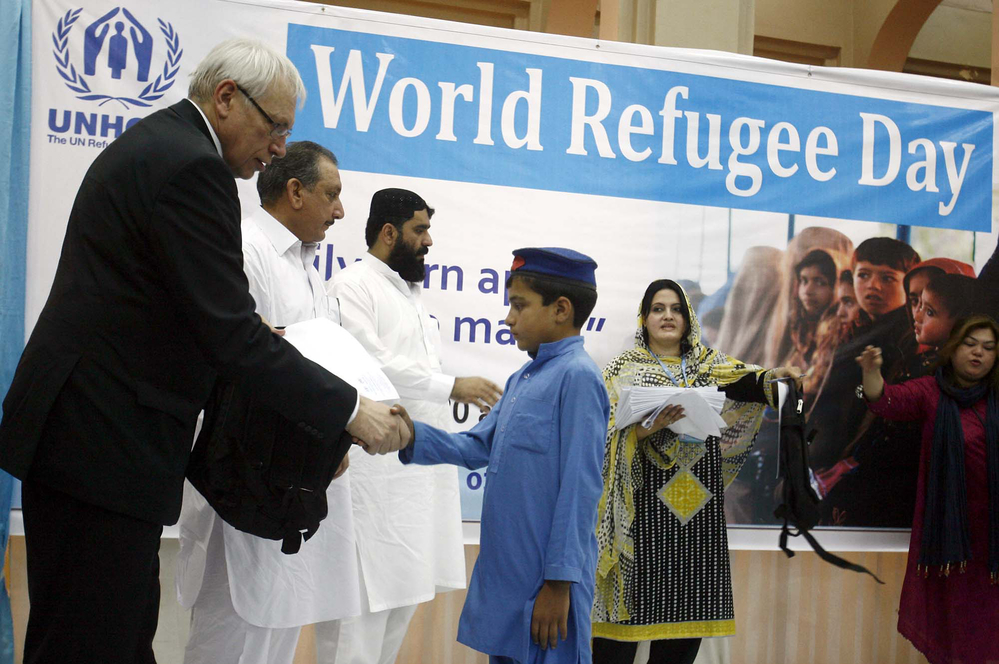 In December 2019, a concrete plan of action was put in place by the Global Compact on Refugees, bringing 181 countries together to discuss how to support, include, and protect refugees, asylum seekers (those who have left their country but their status has not been finalized in a host country yet), and displaced people. This group of states, civil societies, NGOs, refugees, and businesses made over 1,400 pledges to this cause. Just months later, COVID-19 tested these groups to unprecedented heights.

The pandemic has affected the world in countless ways, including testing the measures and laws set up to provide support for refugees, in almost all countries and host countries. Roughly 90 of the 181 countries set up to take in refugees fully closed their borders to asylum seekers, with 168 of the 181 partially closing borders for migration—a huge hit to the refugee population, which is considered to be the most vulnerable with regards to healthcare access.

A particular issue during the pandemic was that countries were hesitant to let their own citizens back in—placing strain and pressure on host countries. Therefore, the need exists for increased focus on the inclusion of refugees in host countries’ systems, including social services, education, and employment markets as well as offering support to host countries so that they can in turn support the refugees.

COVID-19 brought positive awareness to a few aspects of life, however. One, the virus does not discriminate: your nationality, passport documentation, economic status, education level, and legal status does not exclude you from the threat of the virus. It has had a way of uniting everyone, and countries truly saw the value in helping the vulnerable populations in order to stop the spread.

Secondly, the use of technology for remote access to referrals and counseling services was a positive step, allowing to scale up and provide coverage to more refugees and asylum seekers.

How to Get Involved

There are a few ways to get involved this year for World Refugee Day, including